Parents wear many different hats. One day, you’re the best friend there to chat and play with your little one. Just a few moments later, you may have to change hats and become the strong arm—enforcing rules to protect your child’s safety—and your sanity.

One of the most important hats that we wear as parents is that of the nutritionist. Ensuring that our little ones get the proper nutrition from the very beginning is absolutely imperative. It not only helps them to properly grow and develop during childhood, but early eating practices can set the stage for lifelong eating patterns.

While our modern society has made feeding our little ones exceptionally easy—just pop open a jar—not everything is what is seems. As parents, being well informed about what we feed our babies is critical.

To help you become a more informed nutritionist for your child, we’ve compiled this list of 9 interesting facts you don’t know about baby food. Some of them are funny and others are a bit frightening but being well-informed is key.

1. Liver soup was one of the first baby food flavors created.

Liver soup was one of the earliest baby food flavors created. It was advertised by Gerber as having a “pleasingly bland taste children like.” While it was high in vitamins A, B, and C and contained tons of iron, the flavor was discontinued in the 1950s.

2. Food used to be funneled down babies’ throats.

As cruel and unusual as this sounds, shoveling pap (bread soaked in water or milk) was common practice during the 16th century. A “pap boat” would be used, and the spoon-shaped end would be placed into baby’s mouth. So glad we don’t do that anymore!

3. Baby food is one of the most commonly purchased items in America.

Baby food was the most purchase item in ten American cities in 1948. Almost twice as many jars of baby fruits, vegetables, meats, and cereals were sold compared to evaporated milk, the next nearest competitor. Homemade is always better, though, so check out some of our healthy and simple recipes.

Yup, you read that right. Though the reason is unknown, a study performed by the School of Public and Environmental Affairs by Indiana University found that some baby food contains fire retardants. Though the level are so minimal that they would hardly be considered dangerous, even for babies, it’s odd to know that they’re in there.

5. Fruits and veggies were once thought to be unhealthy.

What are now deemed as perfect first foods for babies were actually once thought to be dangerous for children under the age of two. Fruits and veggies, it was thought, made children prone to diarrhea and fevers. Fortunately, doctors soon discovered the importance of vitamins and minerals for babies and changed this widespread belief. Now, most fruits and vegetables are hailed as superfoods!

6. Added sugar was once seen as a good thing.

Adding sugar to baby food was once considered to be a good thing. It was thought that it would give babies added energy (as if they don’t already have enough!). Up until the 1970s, manufacturers even created baby desserts. Today, adding sugar in baby food is largely frowned upon, especially when trying to enhance the taste of milk or formula for consumption.

Most babies start off their journey to solids on purees and mushed food. However, baby-led weaning is becoming very popular. This is where you bypass purees altogether and allow babies to feed themselves chunks of food. One study found that baby-led weaning helps babies stay healthier as adults as they are better able to monitor their food intake.

8. What you see isn’t always what you get.

My dad always said that paper can hold whatever you write on it, and he is right! Some baby food products advertise being organic and containing only a few ingredients. However, if the list of ingredients doesn’t match the front, run! Be sure to always read the ingredients!

9. The best inventions arise out of necessity.

Dorothy Gerber was having a difficult time creating food recipes for her own baby. After being told by her baby’s pediatrician to feed her daughter strained food, Dorothy suggested her husband produce baby food at his Michigan-based Fremont Canning Company. The food was so popular that factory workers began asking for samples for their own children.

I must say, I’m quite surprised at fact #2 as I couldn’t imagine having to shovel food down my child’s mouth, like literally! Thank goodness for the cute feeding spoons we have these days.

There you go, 9 interesting facts you don’t know about baby food. Do you have any other that can add into the list? Let us know in the comments below. 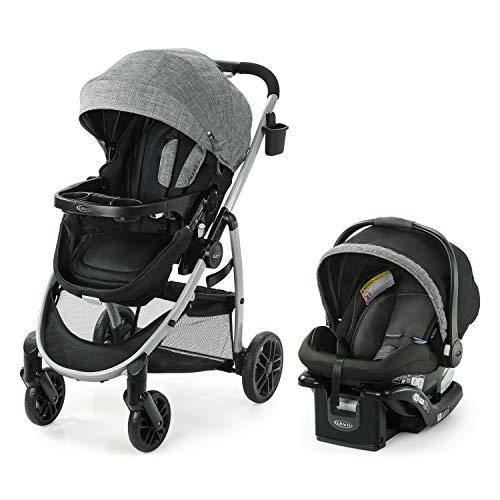 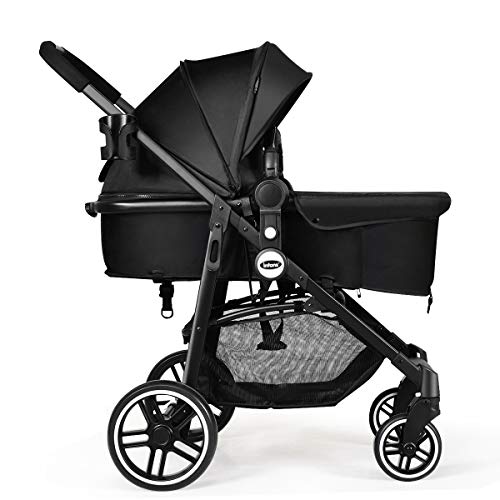 We promise you'll only receive the good stuff - we don't spam!