Are you looking for inspiration for your baby name? If you struggle to pick a name for your baby, this article is for you! We compiled a list of outstanding, beautiful names meaning sacrifice!

The names from my list represent the salvation of humanity and the offering to serve God. These names express your religious commitment and praise religious sacrifice.

Aza’zel is such a unique baby boy name meaning sacrifice metaphorically. This name that means sacrifice derived from Hebrew word is related to the ultimate sacrifice tribute that redeems people’s sins.

If you are looking for a beautiful baby boy name that represents sacrifice in Arabic, consider Fida. It is a short, yet effective name that will fit strong little boys out there!

The baby name Nithar is easy to pronounce – Ni – taar, and easy to remember. The name is becoming more popular and has roots in Urdu. But, the name Nithar can be found in other cultures as well.

The baby name Selma can be found in various cultures – Celtic, Arabic and Scandinavian culture. In some cultures, Selma represents the ultimate self sacrifice, while other times, people refer to Selma as the meaning of peaceful, beautiful and humble. Selma is also my favorite Arabic name with ambiguous meaning and multicultural origin!

The female name Ijaya has a Hindu origin and stands for sacrifice. It glorifies the humble nature of sacrifice and selflessness. Therefore, it is the perfect name for a little princess!

Habeel is a strong, Muslim name that honors the sacrifice. It is also the name that appears in Qurʾan, as the name of Aadam’s son, whose sacrifice was accepted by Allah. You can also find the name Habil, as a more common variant.

Havana isn’t only the name of the capital of Cuba and a lovely song by Camila Cabello. It is also the name that means sacrifice and is connected with the meaning of heaven!

Pareshti is an old name with Sanskrit origin. The name represents ultimate sacrifice and endorses the love between your child and God. The nickname for this name is cute – Paresh!

Italian name Gilda can be found in Portuguese tradition as well. The name means God’s servant and offers. In German languages, you can find the male name Gildo with the same meaning.

Doron is a strong old Greek mythology name. It is one of the baby boy names that mean sacrifice and has a charming pronunciation.

Moriah is a biblical name that represents the location, and not the person. Translated, Moriah means taught and chosen by God. Moriah can be used for both girls and boys. You can find it as Mowriyah, too.

Israil is a traditional baby name with the meaning chosen that can serve as handsome sacrifice names for sons. Israil is a beautiful biblical name given predominantly to baby boys.

Eligio is one of the cutest boy names that mean chosen. The name has Spanish roots, and comes with a lovely nickname Eli!

Alita is one of the rare girl names that mean chosen. It first appeared in the Greek tradition, but nowadays, parents around the world choose the name Alita for their baby girls.

Eliéser is a unisex name that means salvation. You can choose the original name Eliéser, or some of the spelling variations, such as Eliézer, Elyéser, or Elyézer.

The beautiful name Naje with Arabic origin means the one who was saved by God. It also means close and loveable friend.

Shahid is an Arabic name that represents witness and is a name that means martyr. It’s one of the meaningful names that mean sacrifice to represent the life of a devoted man being sacrificed for humanity.

If you want a modern boy name with the meaning close to salvation, you can pick Joshua. It has Hebrew and Aramaic roots, and literally means saved by God.

Chesus is a Spanish variant of the boy name Jesus and similar variants. As you probably anticipate, Chesus represents the savior!

Aminta is the Greek name for strong baby girls. It is one of the not-so-common female names meaning savior, hero, defender, warrior!

Xalvador is a less popular version of Salvador, a name that means savior.

Wonderful male name Alexander stands for defender of the man, great king. It is an ancient name that isn’t losing popularity and the name of Alexander the Great, one of the strongest ancient rulers.

Parents who prefer names that mean selfless and generous can pick the charming name with Arabic word origin – Fadil, for their baby boys.

Elisai is a male version of the name Elisa, and honors God as the ultimate humankind savior.

Lutgardis is a rare name that stands for protector and savior. The name is suitable for baby girls and has German roots.

Misham is a Biblical baby boy name that refers to the meaning savior. I find this name from the Bible that means sacrifice rather cute sounding!

Hashna is an attractive Muslim name with a cheerful meaning of laughter and happiness. However, some sources suggest it means guardian!

Medhas is an old name with Sanskrit origin that means sacrifice. It is one of the rare unisex baby names with a religious character.

How did you like my baby names list? Did you find a unique name for your baby? Please share your top pick in the comments! If you didn’t find what you were looking for, don’t skip checking the gentle boy names list, shy girl names, names that mean gold, and names that mean God answers prayers! Hopefully, you’ll find the perfect name! 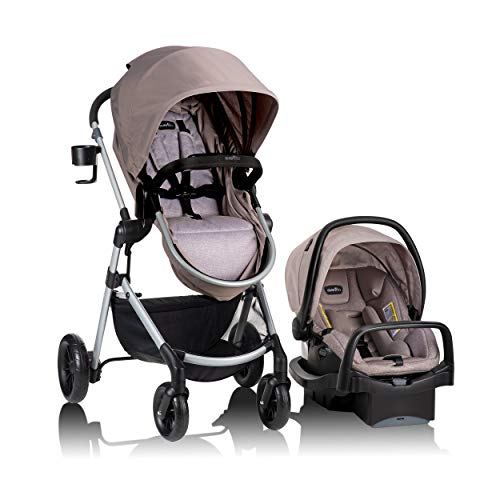