As a parent, finding the right formula for your baby can be a difficult task.

But just when you think you’ve found the perfect brand and type, you notice that it contains corn syrup solids.

Most of us have heard or read a lot of bad things about corn syrup ingredients. Leaving you to wonder, is corn syrup in baby formula bad?

This guide will cover what are corn syrup solids, and are they harmful to your little one? Plus, lots more on corn syrup-free formula either for preference, allergies, or other health concerns.

Why Is Corn Syrup In Baby Formula In The First Place?

Baby formulas have been specially designed to mimic breast milk and fulfill your baby’s dietary needs. To do this, it needs fats, proteins, vitamins and minerals, and carbohydrates.

While the former necessities are satisfied with ingredients like cow’s milk for protein, palm oil for fat, and added probiotics and DHA for supplements; carbohydrates are another story.

The sources of carbohydrates vary widely, but often, the most chosen is sugar. There are lots of types of sugar such as brown rice, glucose, and you guessed it, corn syrup.

Corn syrup is the cheapest carbohydrate source, which is usually why it is chosen. That, along with its vast availability.

A broken-down form of corn syrup derived from the liquid.

The FDA only regulates the percentage of carbohydrates in infant formula, [1] not the source, which is why you’ll see corn syrup solids in formulas. Whether or not this is a bad thing is hotly debated.

Though it is sweet, like breastmilk, and a source of carbohydrates, it isn’t the best choice for some infants. Unfortunately, its high glycemic index means it will rapidly increase your child’s blood sugar, instead of being broken down slowly which doesn’t result in a sugar spike.

For a few infants, it can cause digestion issues too. Still, it is not the same as high fructose corn syrup and does not provide harmful fructose amounts; only glucose.

So, when it comes to your baby, is corn syrup alright, or is it bad?

Corn Syrup vs Other Carbohydrate Sources In Formula

You can find baby formula without corn syrup, so clearly there are other carbohydrate sources for baby formula. In the United States, you will often see baby formulas that include maltodextrin, lactose, sugar, glucose, or corn syrup.

The FDA has strict regulations on the chemical composition of baby formula. [2] But this only extends to the percentage of carbs required and not the source.

Wondering if you should look for maltodextrin in baby formula, or lactose, or glucose is a common conundrum.

It’s important to note that not all carb sources found in infant formulas are the same.

Lactose accounts for nearly all of the carbohydrates found in breastmilk. This is true for cow’s milk as well.

For this reason, you could say that lactose is the best carbohydrate source for babies because they are designed to be able to easily break it down and use it.

Not only is lactose easily digestible, but it also promotes good gut bacteria and has a low glycemic index to maintain stable blood sugar.

It’s not super sweet either, so it won’t influence their tastes as some pediatricians warn. Though the EU has more lactose-based formulas than the States, some US formulas use lactose as their primary carbohydrate source. [3]

If it were broken down just a bit more it would become syrup. It’s also not as sweet but still has a high glycemic index.

Glucose is a simple form of sugar. It can be found naturally and derived from plants.

Usually, if you see glucose on an ingredient label, chances are good it came from corn syrup. However, it may have come from another plant source.

Glucose isn’t super sweet but does have a glycemic index of 100 (the highest).

Starch is a carbohydrate but isn’t as widely used as other sugars. If you do find it in an infant formula it will likely be included with another carbohydrate.

Usually, you will see rice starch but cornstarch formula is also common. This is because starch tends to reduce spit-up and is used as a natural thickener instead of a nutritional component.

The fancy, or chemical name for generic table sugar, is sucrose. You will sometimes find this carb in baby formulas.

It has a higher glycemic index than lactose, at 65, but lower than some other carbs.

However, sucrose is the sweetest of them all. Sucrose can most often be found in lactose-free formulas.

Despite that, parents might want to be wary of all sucrose infant formulas because when broken down, it has high levels of fructose which may be concerning for infants and children.

As we know, corn syrup is usually the most common carbohydrate used in baby formula, at least those not marketed to a corn allergy baby.

Fructose has been found to have negative effects on babies and children. [4] That is why formulas with high fructose corn syrup are not recommended.

Karo syrup for baby is not the same as corn syrup either, as it is mixed with vanilla and salt.

What about corn oil vs corn syrup you ask? Two different substances.

Corn oil is used for cooking, while corn syrup is the liquid sugar made by converting corn starch. The starches are broken down into glucose chains. So there is no glucose vs corn syrup, corn syrup is glucose.

The length of the chains or how much the starch is broken down determines the sweetness. It’s commonly less than sucrose but more than lactose.

Aside from being sweet, it has a high glycemic index. This is why European countries largely avoid using it in baby formulas.

It can cause your baby’s blood sugar levels to spike, unlike lactose. The jury is still out however on whether or not this is truly bad for babies. Manufacturers though, insist it is okay, and rely on corn syrup because of its availability and affordability.

Hypoallergenic baby formula is designed for babies with lactose sensitivity.

Most are not lactose-free, which makes them not suitable for those with lactose intolerance or a severe allergy. Instead, they break down the milk proteins into smaller particles.

This process is known as hydrolyzed. Lactose-reduced formula can have milk proteins that are partially hydrolyzed or extensively. The thought is that the smaller lactose proteins in baby’s formula will be less likely to trigger an allergic reaction.

Corn syrup can be added to these hypoallergenic formulas to help mask the taste and smell of the hydrolyzed proteins for formula-fed infants. This is because partially broken down milk particles don’t smell or taste that appetizing.

Parents beware though, sometimes in their efforts to cover the smell and sweeten the formula up, manufacturers can include too much glucose for your little one. This may negatively affect blood glucose levels.

Some hypoallergenic formulas may also use corn syrup, maltodextrin, or sucrose instead of lactose as their carbohydrate. If they are made for a baby who is intolerant to dairy, they will entirely replace the lactose with one of these carbohydrate alternatives.

In the end, corn syrup in a hypoallergenic formula won’t make a difference for your baby’s lactose sensitivity or allergy. Though you may want to double-check it isn’t overdoing it on the glucose level.

Common FAQ’s About Corn Syrup In Formula For Babies

Corn syrup solids are not the same thing as high-fructose corn syrup. Corn starch is the foundation of both, but corn syrup is only glucose.

High fructose corn syrup takes the process one step further by enzymatically converting some of the corn syrup’s glucose to fructose. [5]

This one is really hard to answer. Most studies have found that corn syrup in infant formula is safe. Infants’ bodies can break it down and it is a source of carbohydrates.

However, no long-term studies have been done to study the effects, especially its high glycemic index.

Are corn syrup solids safe for a baby who is prone to allergies?

Most corn syrup solids do not cause an issue for babies with allergies. In fact, there are a lot of hypoallergenic formulas that use corn syrup.

Additionally, corn syrup doesn’t always contain corn protein, so in some cases, it may even be safe for infants with a corn allergy.

Corn syrup for constipation, especially dark corn syrup, used to be a popular home remedy. However, it has been found that it doesn’t really help babies poop.

What baby formula does not have corn syrup?

If you’re still worried about corn syrup in infant formula, either for allergen reasons or its glycemic properties, there are formulas without corn syrup.

Bobbie Organic Infant Formula is one of the most popular no corn syrup organic formula brands. It has no corn syrup, palm oil, or maltodextrin. Instead, it relies on lactose. this means parents won’t have to worry about sugar and corn syrup. It also has iron and DHA, meeting both FDA and EU formula standards.

Enfamil Simply Organic also has no corn syrup. It similarly uses lactose as a carbohydrate source. With added Vitamins C & E as well as DHA, it meets FDA standards for infant formula.

The Bottom Line On Corn Syrup For Babies

Corn syrup is controversial in infant formula, but nevertheless, is FDA approved and deemed safe for babies.

I personally breastfed my children, but I do remember researching formula in case we ever needed to use it. Corn syrup was undoubtedly a concern.

It is deemed safe, and I did like that formulas with corn syrup tended to be more affordable. However, despite experts advising that infants’ bodies could handle the glycemic index, the blood sugar spike did make me nervous.

If it was in the budget, we probably would have tried to go with a non-corn syrup brand like Enfamil Simply Organic . But in the end, you do what makes sense for your baby and your family. 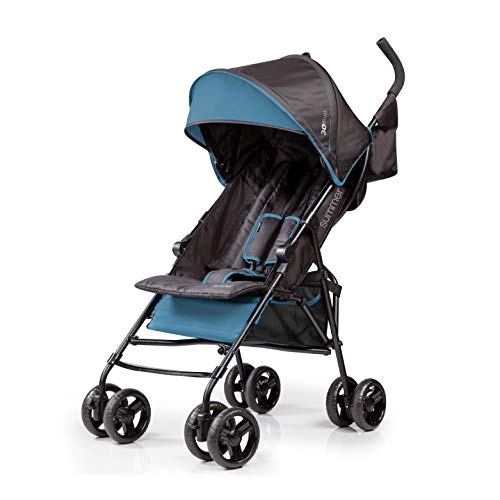 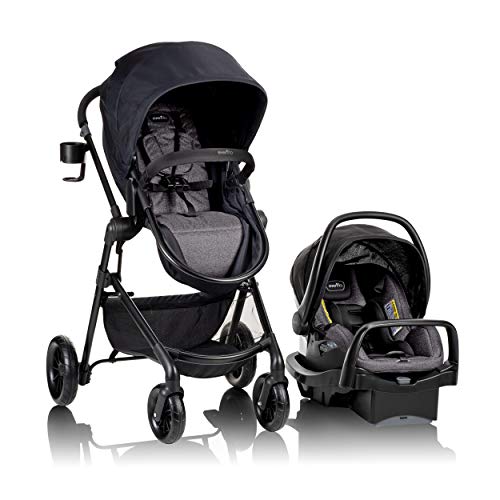 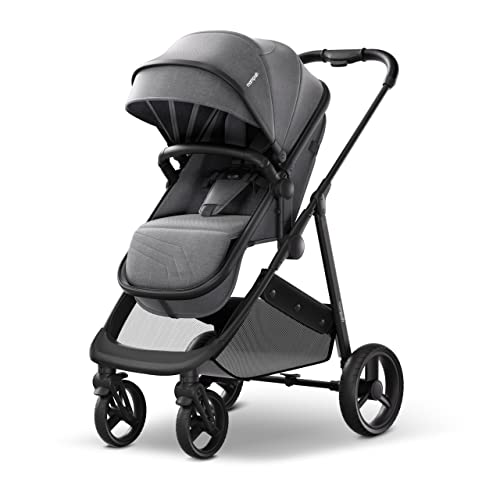