Raising a child in the modern age brings many dilemmas and confusion, starting from the essential aspect – feeding. With the sippy cup introduction and more research about bottles, many parents wondered about sippy cup vs bottle use. Been there, done that.

One isn’t better than the other, no matter what other parents or know-it-all people from your surroundings tell you. It is just a matter of appropriate timing.

However, the most important difference is the mounting option. Let’s see more about bottles versus sippy cups.

Bottles and sippy cups have their purpose – help you feed the baby either with formula or breastfeeding milk, give juice or introduce water. In my bottle vs sippy cup comparison, let’s start with the latter one, as most people struggle to understand the use and types.

Parents should use a sippy cup instead of bottle as natural progress, as the baby has grown enough to be weaned off the bottle.

Some parents struggle to break the nasty habit of using a bottle once the baby is older than one year, so a sippy cup can be a great way to introduce cups. Also, some sippy cups prevent spilling and make the baby more independent.

There are several types of sippy cups, based on the top of the sippy cup.

I recommend trying a sippy cup with nipple and different spout types, to find the top that suits your baby the best.

Soft spout is practical for a switch from bottle to sippy cup at four to six months.

You shouldn’t hold too long on the sippy cup with a soft spout, because it also makes babies suck from the bottle, repeating infant-like feeding motions and swallow patterns with their mouths. This can lead to orthodontic issues later on as they will be inclined to stick to the habit of protruding the tongue when drinking, instead of a mature drinking pattern without a tongue thrust.

Hard spouts are suitable for babies older than 12 months, they can be leak and spill-proof, made from durable plastic. But American Dental Association (ADA) advises parents to avoid sippy cups without a flow-controlled valve [1], commonly seen in cups with hard spout. The valve prevents spilling but can cause improper tongue placement during sipping.

A sippy cup with a straw looks like a baby bottle with straw inside, and you can introduce them earlier than a hard spout. The straws are hard or flexible, and you can try both to see which one seems more appealing to your babies. Sippy cups with straws promote independent feeding.

Sippy cups with no spout are extremely practical to help a baby learn to eat like a big kid. You can slowly introduce it at the age of six months and work your way around until you switch completely to cups.

No spout, spoutless, or 360° sippy cups, as this type is sometimes called, are a great way to teach the baby to drink off the rim. The Munchkin Miracle 360 Trainer Cup is a fool-proof cup, that can replace every other sip cup type as the baby grows!

Due to the flexibility of letting your child drink from any of the top part, no spout sippies or 360° sippies are arguably one of the best sippy cups to wean off bottle. The nice thing about this no spout sippy cup is that, it is also dentists-approved!

When to introduce sippy cup to breastfed baby is no different than switching for babies on formula. You can start slowly introducing sippy cups between six and nine months to help the baby learn how to sip.

The ADA advises stopping using the sippy cup when you accomplish that goal to prevent teeth displacement. Some babies reach that milestone at 18 months, and some can learn how to sip at one year.

A sippy cup is an optional and temporary step in learning your baby to sip. Here are some good and the bad factors of sip cup use to consider:

Baby bottles are an irreplaceable part of infant feeding equipment, and there are several models on the market. You can use them to administer formula or breastfeed milk to infants.

Traditional bottles have a nipple on the top, that resembles mum’s nipple, and serves for feeding. These are the most versatile bottles, come in different materials including plastic, stainless steel, glass.

These bottles serve to hold one milk pouch and collapse as the baby drinks it. Disposable liner bottles are designed to reduce gassiness and are easy to maintain. I used Playtex disposable liners during travel, they prove to be great for gas reduction, too!

Because of the angled design, these bottles reduce the gassiness, as the air cannot fill the nipple. They are great for babies, but hard to clean. My daughter’s favorite was the Evenflo bottle, and I didn’t find it too hard to maintain.

They are usually shorter with a wide top. Because of the wide nipple, these are the best bottles for babies transitioning from breastfeeding to bottle-feeding. For example, Dr. Brown’s wide-neck bottle set is designed for these purposes and includes useful slow-flow nipples.

Vented bottles are another way to prevent gas, as the tube in the bottle prevents air pockets inside the bottle. It can be a practical solution for babies prone to gas but the bottles are difficult to clean.

When to Use Baby Bottle and When to Stop

Baby bottles are suitable for use at newborn age. You can use them for breastfeeding milk or formula and cooled boiled water. However, you shouldn’t give fruit juice to the baby through a bottle, because it can damage the teeth, even if the baby doesn’t have any, or cause baby to develop a sweet tooth or gain too much weight.

As time passes, the baby will slowly lose interest in the bottle. The American Academy of Pediatrics suggests that you slowly reduce the use of bottles from nine months, and stop using them completely at the 15th month. [2] Generally, the sooner the better.

For that time, the number of bottles you need depends on several factors. For example, mothers who only breastfeed until the sixth month, won’t need more than two bottles at that time, depending on the quality of the bottle. Plastic bottles wear off sooner than glass ones.

Babies on formula need more bottles, an average of four to 12 bottles. Generally, you will start with 4-ounce bottles and as the baby grows, you will switch to 8-ounce bottles.

Unlike the sippy cup, which is optional, a baby bottle is the only way to feed a newborn before the age of six months unless you breastfeed exclusively. But, it doesn’t mean that it comes without downsides. Here are the pros and cons of the baby bottles.

Sippy Cup VS Bottle: Which One Is Better?

Bottles are necessary, but sippy cups are practical and optional. Most parents wonder when to switch from bottle to sippy cup and if it is good for their child.

Both bottle and sippy cups are good if used temporarily. The bottle is the only way, except breastfeeding, to feed infants, while a sippy cup is good for older babies to learn to sip and feed individually.

While some babies can switch from bottle to open cup easily, others will need the help of transitional sippy cups.

Here is a simple comparison between the two. 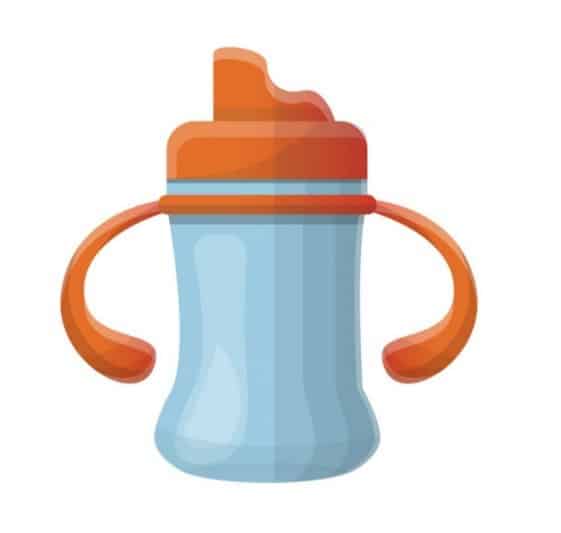 When can you start using it?
6 months
From birth
When to stop using?
18 months
15 months
Types of liquid
Breastfeed milk, formula, water, juice, tea
Breastfeed milk, formula, water
Spillage
Depends on the model - sippy cups with flow-control valve are spill-proof, others are not
Not spill-proof
Potential health issues & risks with prolonged use
SIPPY CUP

When can you start using it?
6 months
When to stop using?
18 months
Types of liquid
Breastfeed milk, formula, water, juice, tea
Spillage
Depends on the model - sippy cups with flow-control valve are spill-proof, others are not
Potential health issues & risks with prolonged use
BOTTLE

When can you start using it?
From birth
When to stop using?
15 months
Types of liquid
Breastfeed milk, formula, water
Spillage
Not spill-proof
Potential health issues & risks with prolonged use

How to Transition from Bottle to Sippy Cup?

Because the time for introducing the sippy cup is around the time when you introduce solid food or attempt baby-led weaning, you can serve a sippy cup with those meals. You can start for one meal per day, and use a sippy cup closest to the bottle, with a soft spout.

Models with handles are also convenient because they improve the grip. Fill the cup with a small amount of water, formula or cow’s milk and see how your baby reacts. Slowly increase the frequency of use.

Can I Skip the Sippy Cup?

Yes, you can try to transition from the bottle straight to an open cup. It might be challenging, but some babies carry through it without issues. Start teaching the baby to drink from an open cup from eight or nine months. You can use a straw to transition smoother.

Can a 6-month-old drink from a straw instead of a bottle or sippy cup?

You can introduce the straw at six months, but it might take time for the baby to adjust and transition completely.

Soft spouts are more similar to bottles, but both can cause teeth alignment issues. Soft spout is more practical for transition, but the difference is more of a baby’s preference.

So far, studies haven’t shown the dangerous effects of 360 sippy cups. They are known for eliminating spills and helping babies wean off the bottle.

Should a 3-year-old still have a bottle?

Children of that age can drink safely from an open cup, and prolonged use of a bottle can cause unhealthy drinking patterns, teeth misalignment, and speech issues.

What do you do if your baby won’t drink milk from a sippy cup?

Try another sippy cup type, such as a straw cup or 360 cups, if you used models with spouts. If none works, teach the baby to drink from an open cup.

If your baby is approaching the milestone of six months, try to let them use a spoutless cup like the Munchkin Miracle 360 Trainer Cup. It is one of the most practical sippy cups that can help you teach the baby to drink like a grown-up!

Despite some negative aspects of sippy cups and bottles, they can be perfectly safe if used temporarily. Moms and dads love them, and some babies really take the best from them – improve their grip, learn to feed independently, and learn to sip.

How does your baby respond to a sippy cup? Was it difficult to wean off the bottle? Tell us your experience in the comments! 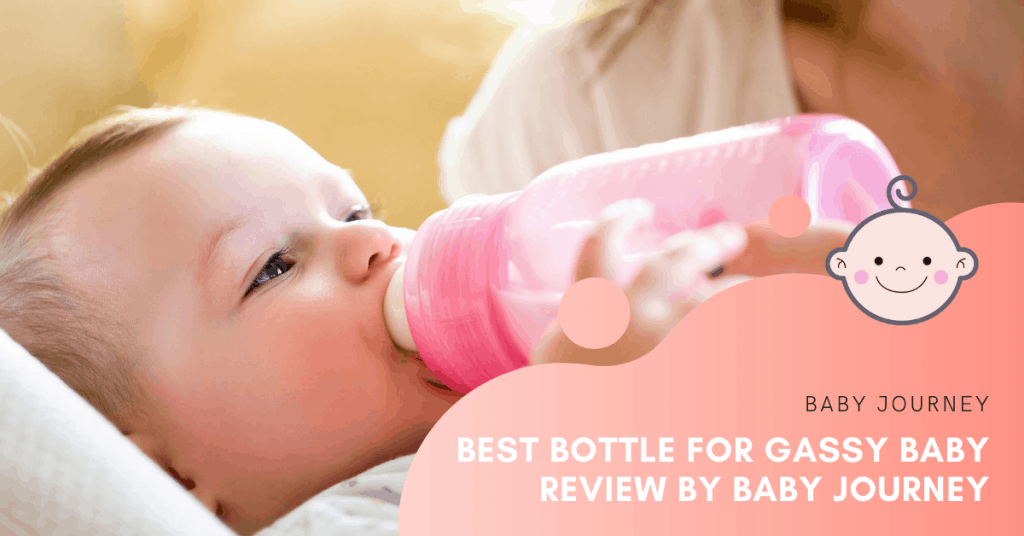 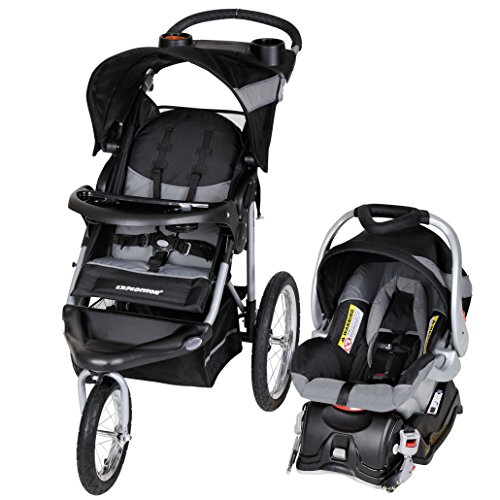